That right there is the face of pain of sprinting for second place. A good ‘gurn’! Photo Credit: Hart Lane Photography https://www.facebook.com/moggy6221/

So for a while now I have been second guessing my ability in cycling. And along with that came doubt in a lot of things such as self-confidence, how to manage my diabetes and whether or not my cycling was actually ever going to improve.

Now. This post isn’t going to be a sob story.

What it took was for me to realise that my diabetes was perhaps having more of an impact on my performance in races than I initially thought. And seeing my blood glucose level either being too high not just during but also after a race was incredibly frustrating. I’ve always said that Diabetes control is quite the moving target and that moving target can be swinging around wildly, having been influenced by many things. So I’ve been tweaking the food and my insulin doses a little more than I normally would for the current series of races that the local cycling club have been running on Monday evenings.

So along with some tweaking on the Diabetes side of things, clearly my legs developed some form. While things with my Diabetes aren’t perfect leading up to and during races, they are better. 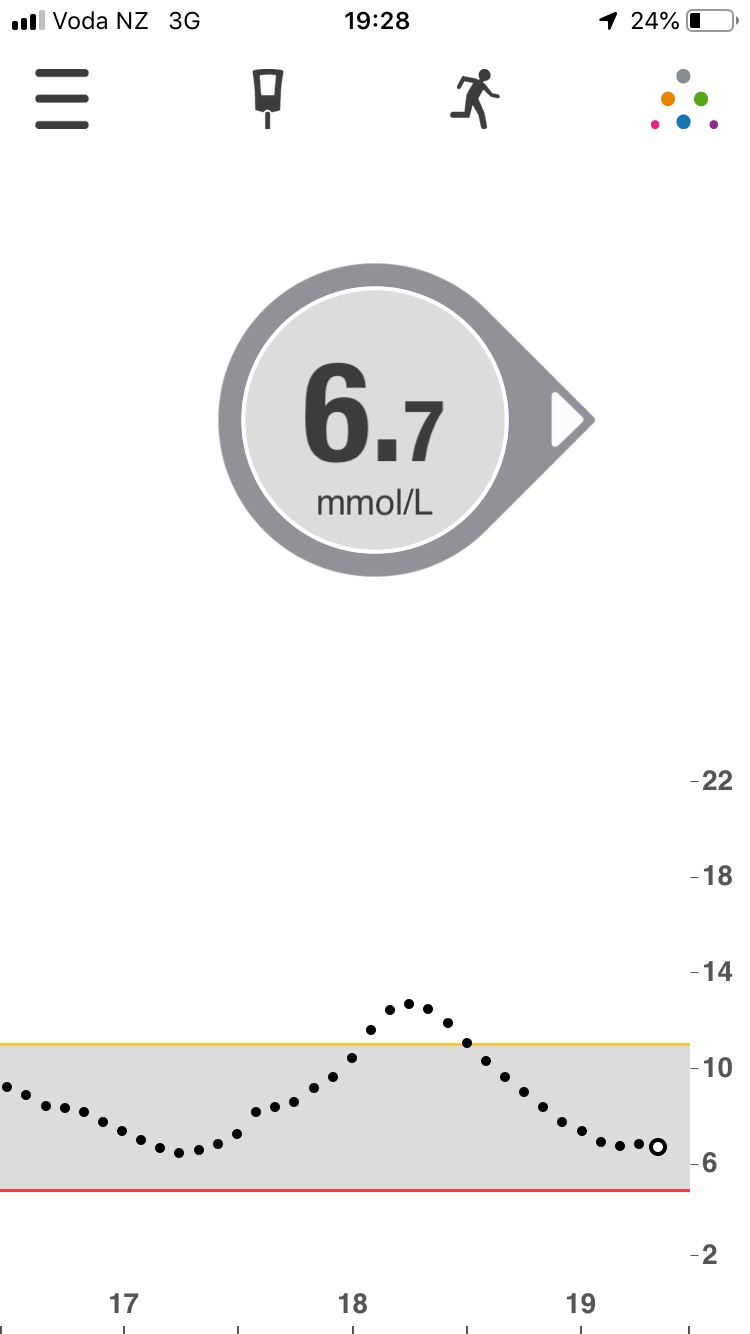 This is what the Dexcom CGM app on my phone showed after a race had finished. A blood glucose level of 6.7 after a race? I’ll take that!

The image above shows how my blood glucose level fluctuated during one of my races. The scale across the bottom of the graph is the time in 24 hours and races start around 1815. So yes, my level did spike, but that was because of some food I’d eaten and taken insulin too late for. But for my level to be at 6.7 mmol/L after a race? I’ll take that! I felt good during that race and having my blood glucose level in a good range meant I had good amounts of energy throughout the hour or so that the race took.

In the last three races I’ve not only held on to the bunch, but I’ve managed to be competitive in the sprint finish and placed 2nd, 2nd, and then 3rd. With two races left in the series, I’d really like to win a race, but I’ll take it as it comes. 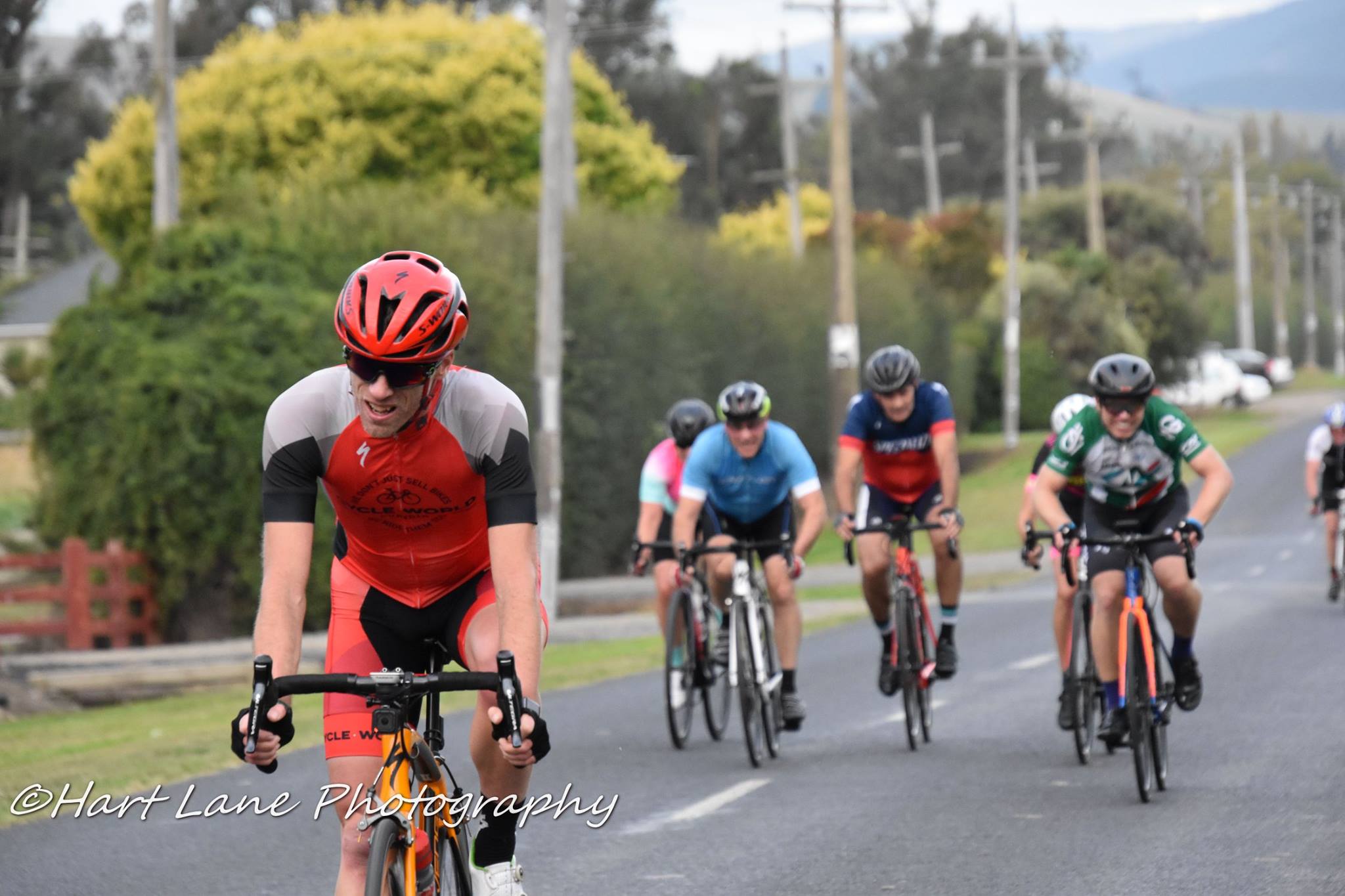 After I messed up my strategy in the sprint at the end of a race, this is me coming across the finish line in third place. I was disappointed and a little angry with myself. There were four letter words spoken. I have GoPro footage from my bike which has enabled me to figure out where it all went “wrong”. But in hindsight, I’m happy with third place! Photo Credit: Hart Lane Photography https://www.facebook.com/moggy6221/

This has been a huge achievement for me. Being able to finish with the bunch was what I needed to gain more confidence in myself. I know my diabetes still isn’t perfect. And in reality, I’m not an elite cyclist, and I have no delusions about that. But without sounding cliche, I’ve put in what feels like some good work on the bike and with my diabetes and it’s paid off.

Now I just have to try and win a race. The icing on the cake and all that. I think I’m capable… Watch this space!